What better deviation from dark, cold, dreary November cycling than to have an autumn meeting with our newly formed club Stockholm Randonneurs !? 42 randonneurs turned up for a night out at Lilla Barkarby and really showed that this club is thriving.

We were fed information about 2015's brevet series and especially Paris Brest Paris, which got everyone excited. It was great seeing pictures and films from sunny, long rides from 2014 and talking rubbish about different rides we had done together. 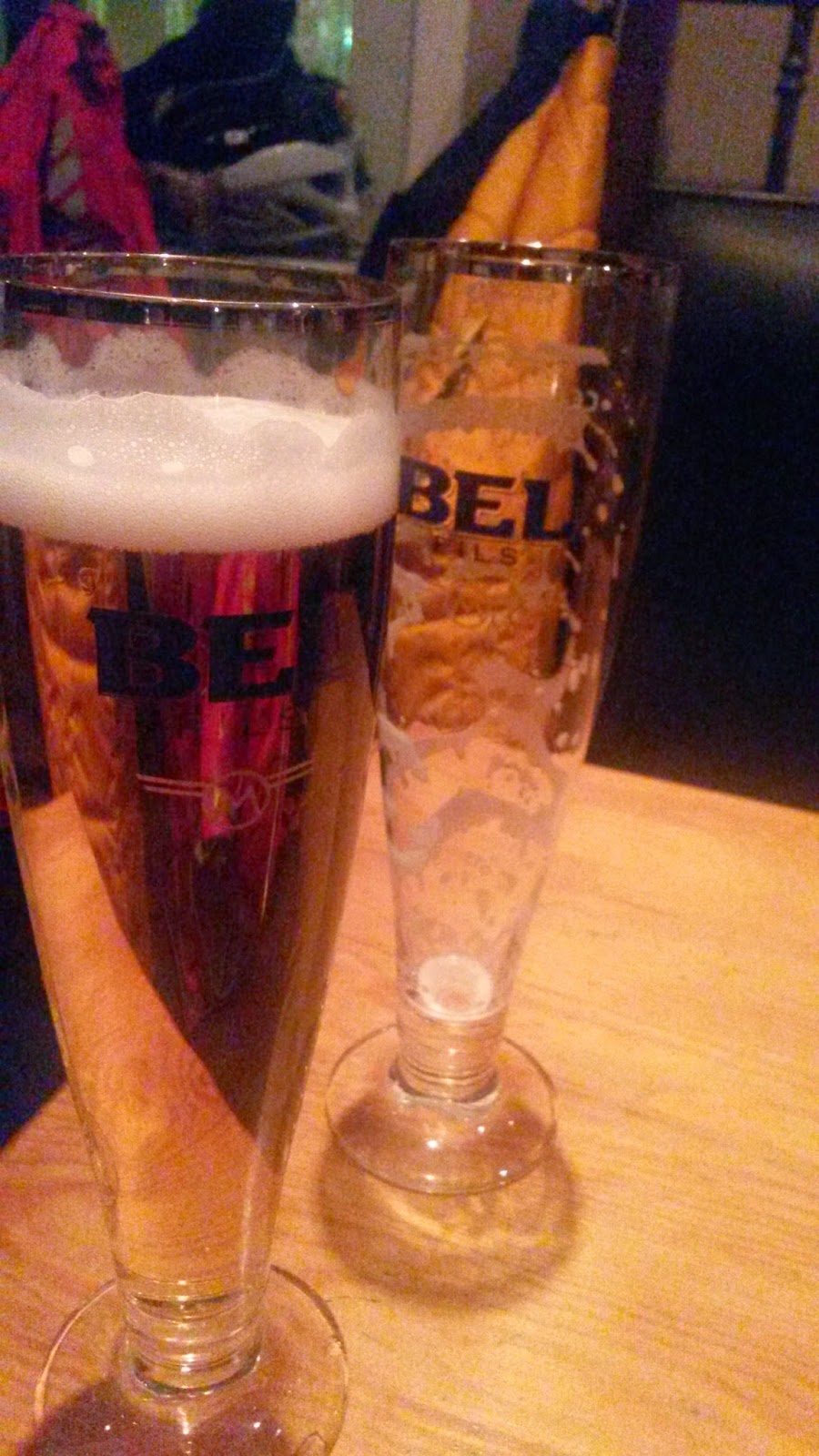 Of course the night included a beer or two. But not quite the same quantity we are used to from KBCK meetings :-)

Bengt also gave everyone the brevet cards and medals accumulated throughout the year. I never order medals so didn't expect anything, but having done a complete series (200, 300, 400 and 600 km) in 2014 (as in the last 6 -7 years in a row), I did get a super randonneur medal, which was nice. He also had a whole stack of cards for me which looks impressive, but is actually from a few years in a row :-) 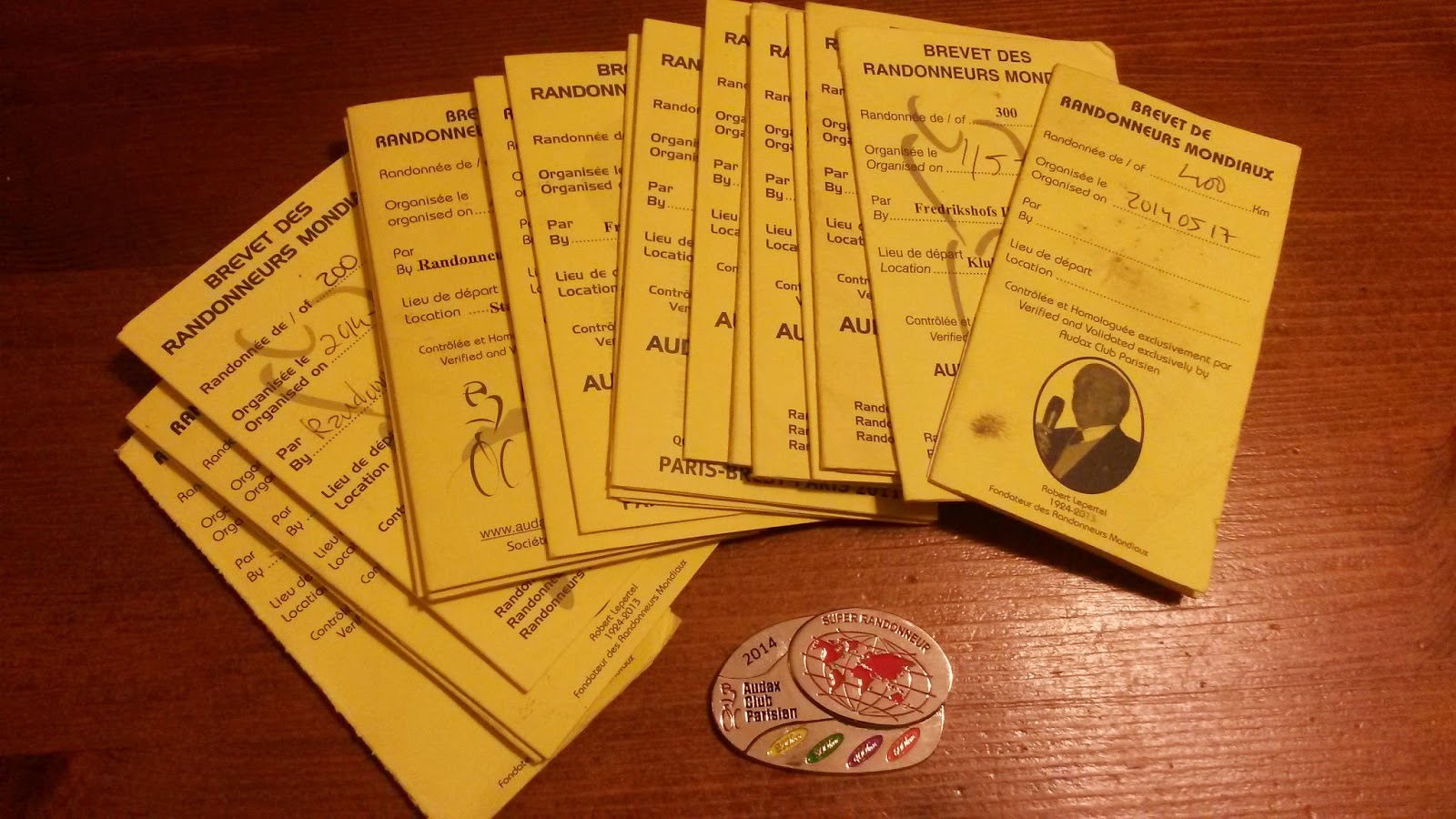 Can't wait for some new cards in 2015! Thanks everyone for a really interesting and fun night and especially Hanna for great food and drinks as usual!

/Toni
Posted by kitzblitz at 23:42 No comments:

Mats "Pilen" Pihlström and Erik Vrang invited everyone from the Continental Test Team for a sociable, get to know eachother 90 km ride today as an initiation for our goal of Vätternrundan 2015, 300 km in under 7 hours. I really want to give this a good chance next year so thought it would be good to already be part of it today! It was pretty exciting already in the morning putting on old Conti clothes and for the first time in ages thinking about what sponsors may want. 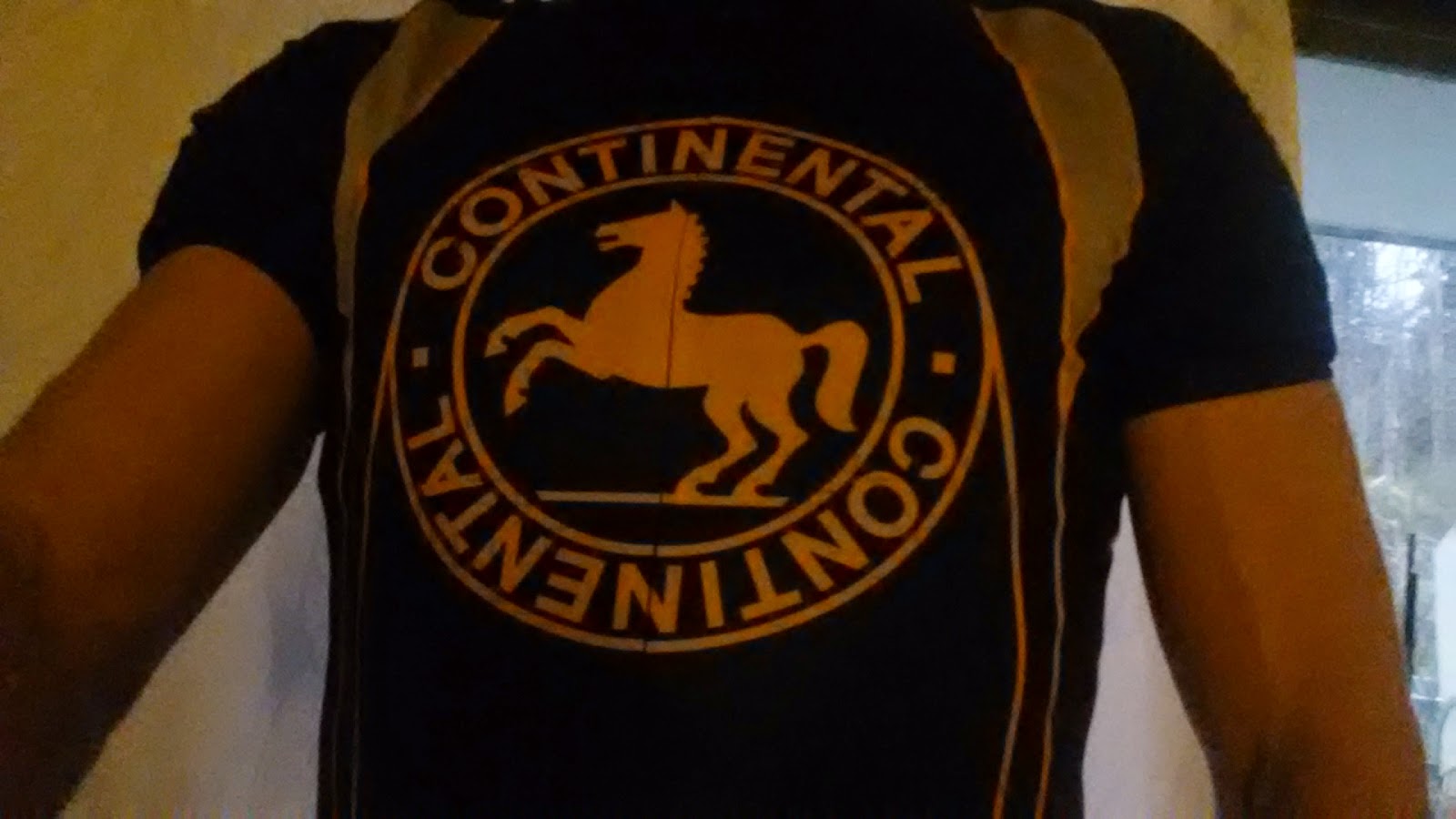 Nice shirt mate!
Of course this was pretty pointless because it was far too cold, so I covered everything in long pants and a KBCK jacket :-) Those that were there today really should remember this ride: I'm sure it will be the most chatty, easiest ride of our whole campaign! Actually, if anything I would have maybe preferred a slightly faster pace, seeing I took away half a day from the family. But it really was fun (even though I missed Pilen's lunch at the end...).
Apart from complaining about our peleton technique (;-)) Erik Vrang also managed to get some pictures during the ride (I couldn't get my gloves to communicate with the phone to take any myself): CTT blog 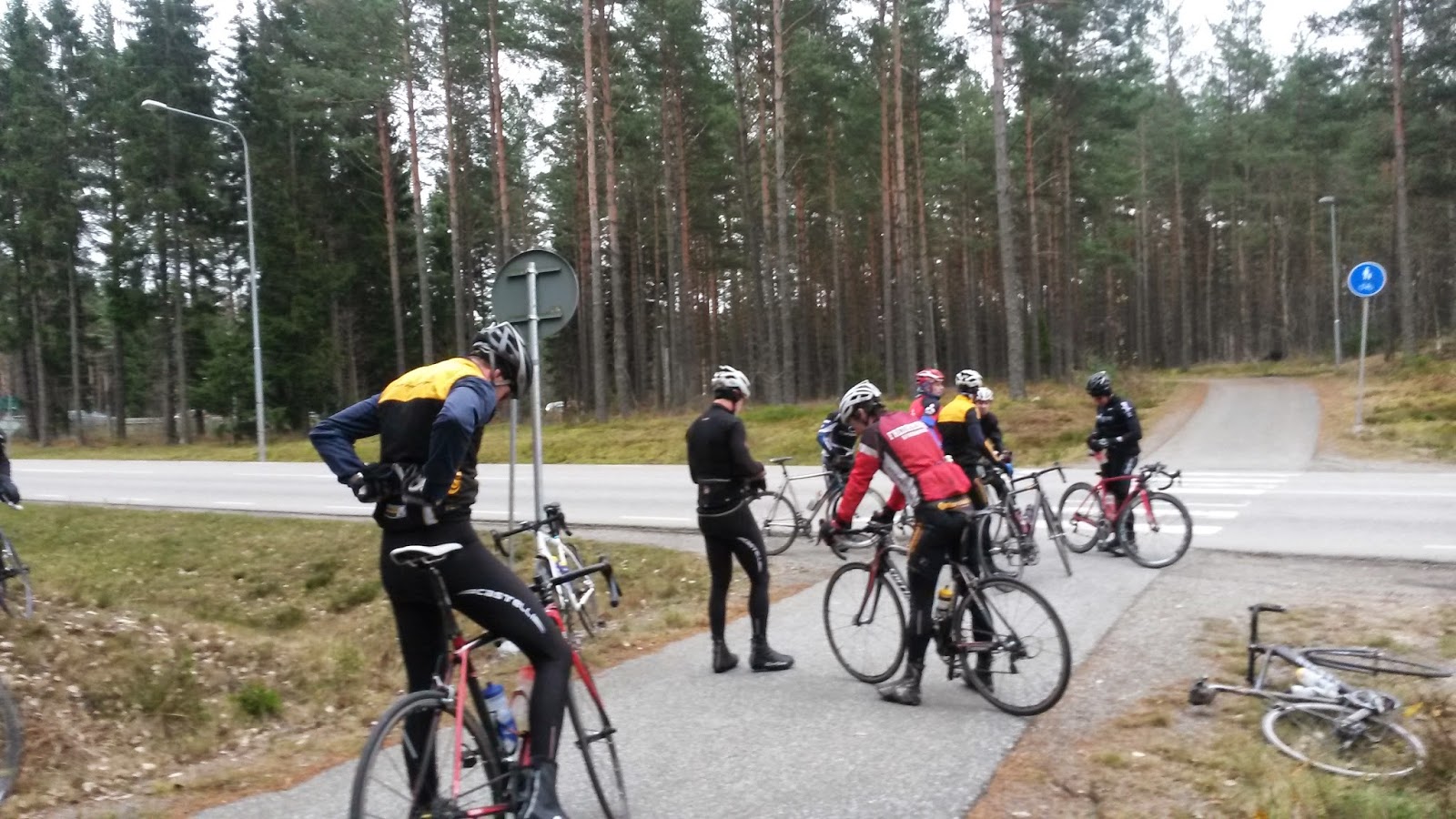 The only time I could take a picture was during a necessary fluid relief stop :-)

We have an almost scarily strong group and talked alot about our goals and previous rides. Many were part of the 6.59 team this year that I missed out on. Alot fewer had been part of the team (originally Finax) from 2008 when 4 of us managed to straggle across the line in 8.05. Then there was the 2009 ride where we surprised the only traditionally fast, Mas-group by only mising their time by 1(!) minute. But coming 17th out of 14726 riders was probably OK :-)

Today, of course, that time would have no chance for a top placing, as professionals are trying to break records. But as a group of middle aged men with full time jobs and full time families, I think it's pretty cool being able to put together a fun team challenging the magic 7 hours barrier.

This will be tough, challenging but very fun! I will keep you updated.

Posted by kitzblitz at 10:47 No comments:

Got out early for a Sunday ride. If Cormac McCarthy had needed a Swedish setting for The Road he should have filmed this morning. Well OK - it was somebody else who directed the film, but you know what I mean! 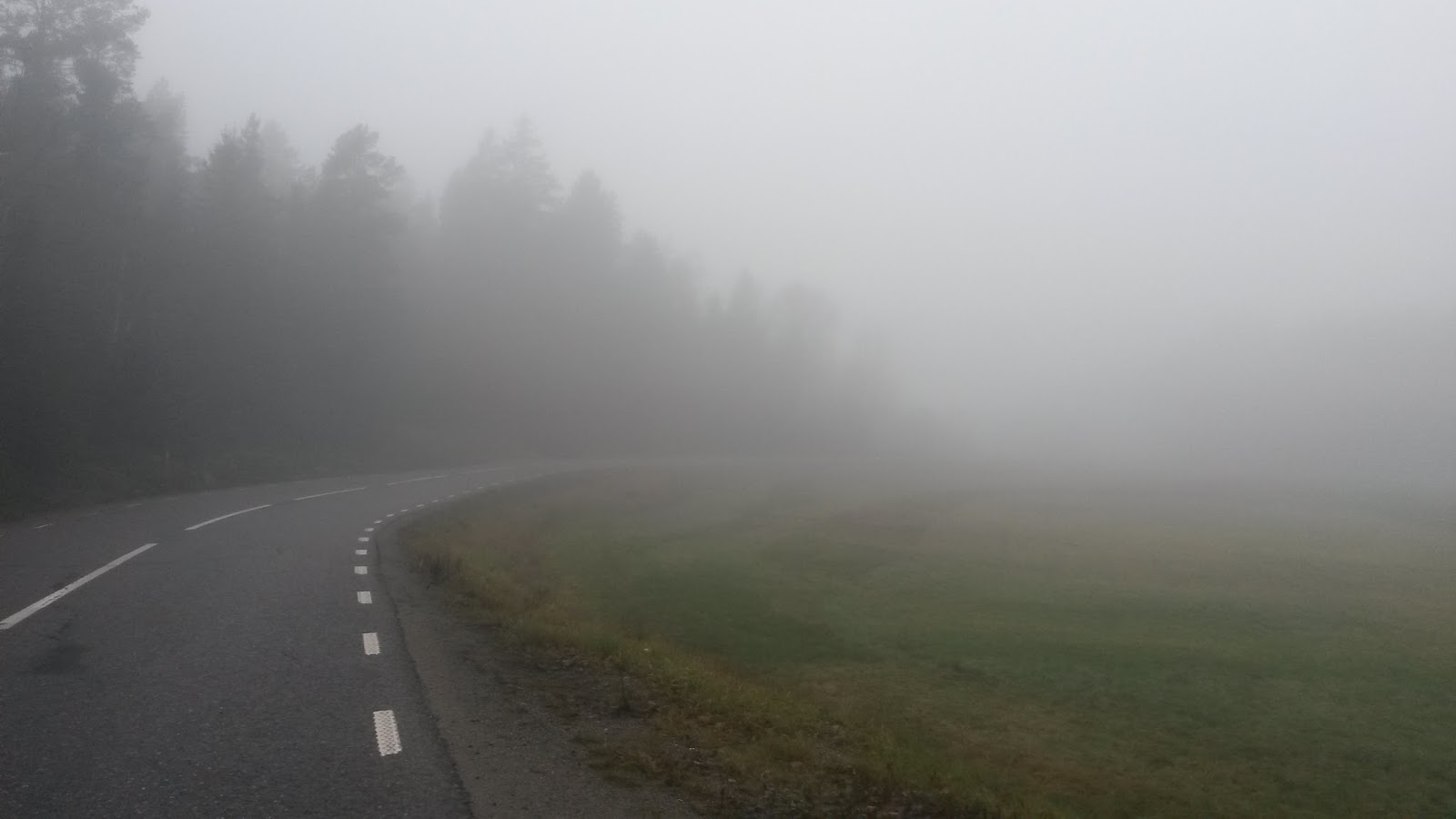 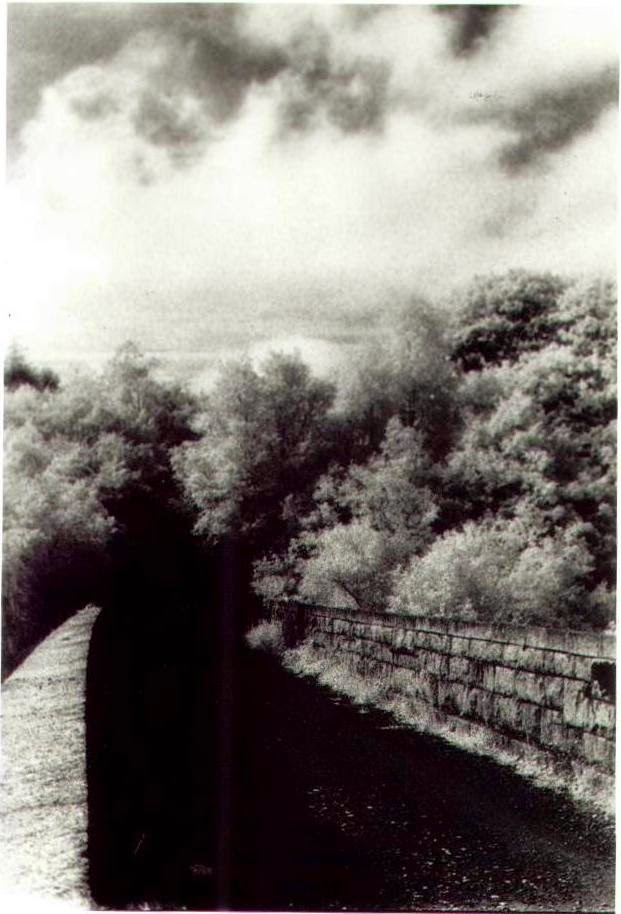 I rode for a couple of hours at a pathetic speed which I hope I can attribute to both intervals and a run yesterday. Or maybe the early morning. Or maybe that it was cold. Surely I can't just be that slow? :-)

If I had had only one bullet left as in the book I wouldn't have known which of my legs to put out of its mysery! 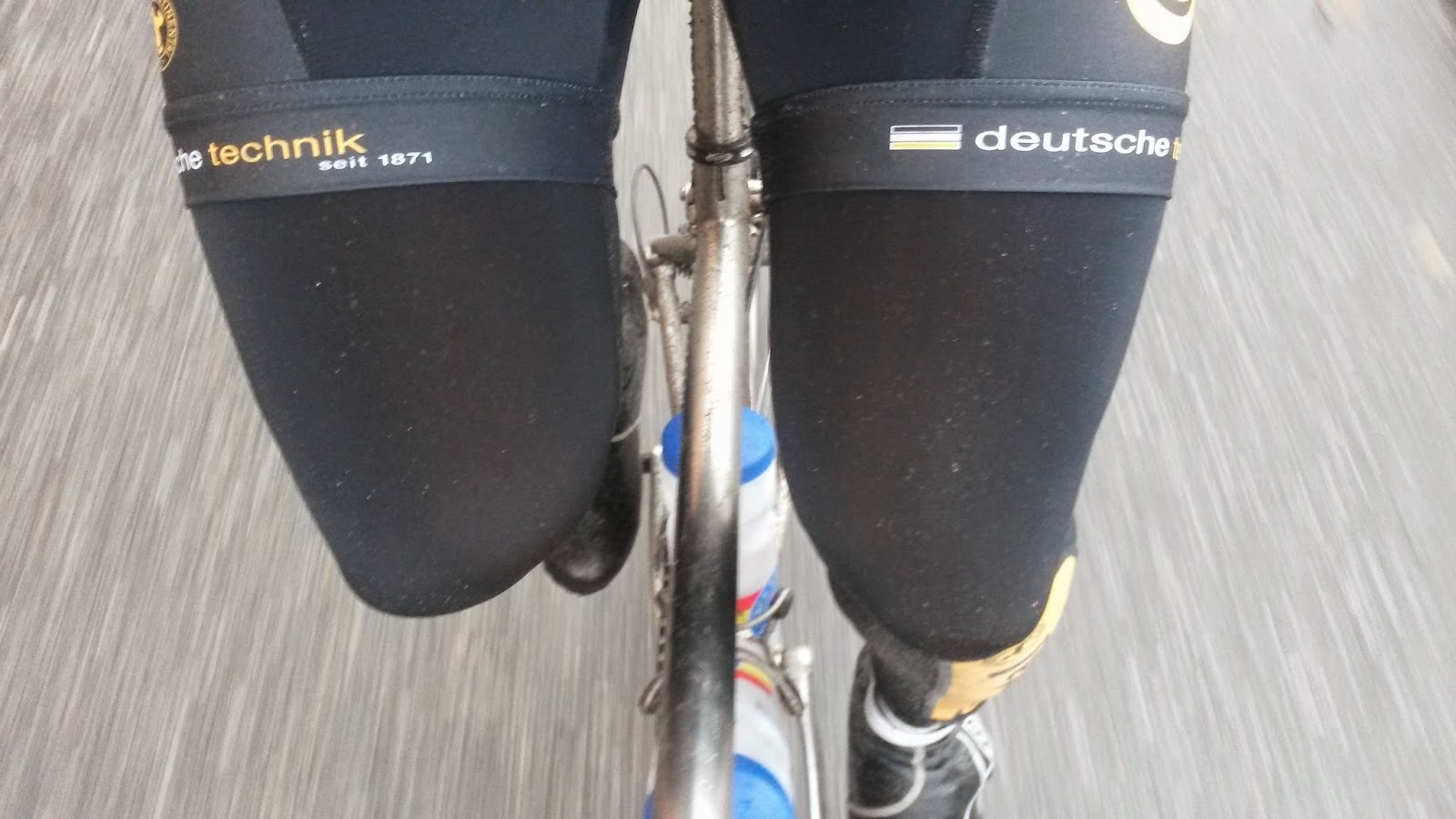 At least I got out though; got lots of fresh air, got my pulse up a bit and got about 60 km in the legs. I'll pretend I'm worth a nice breakfast now :-) 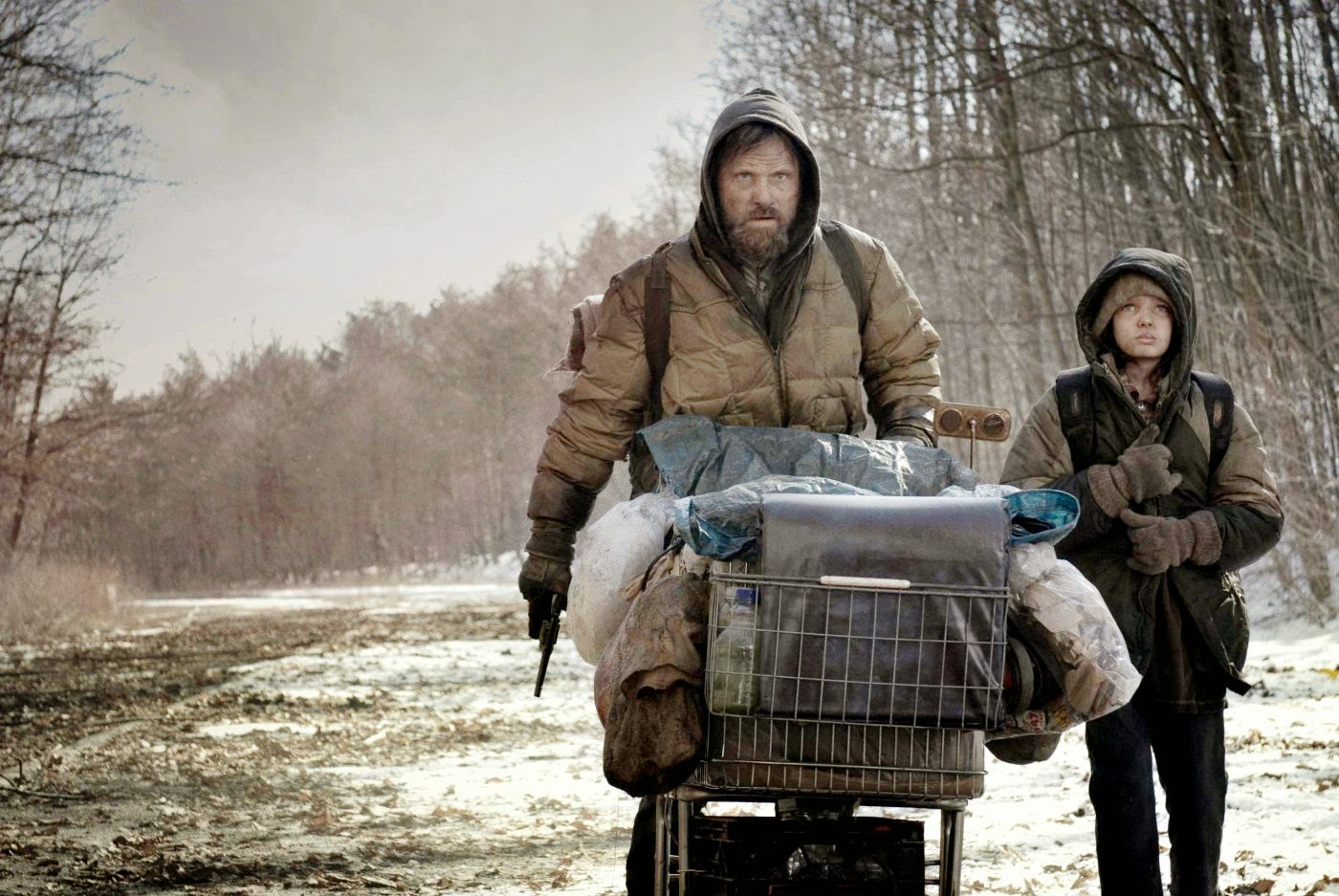 After a few rides I started wondering why the rear brakes on the Torch weren't working. Any tips? 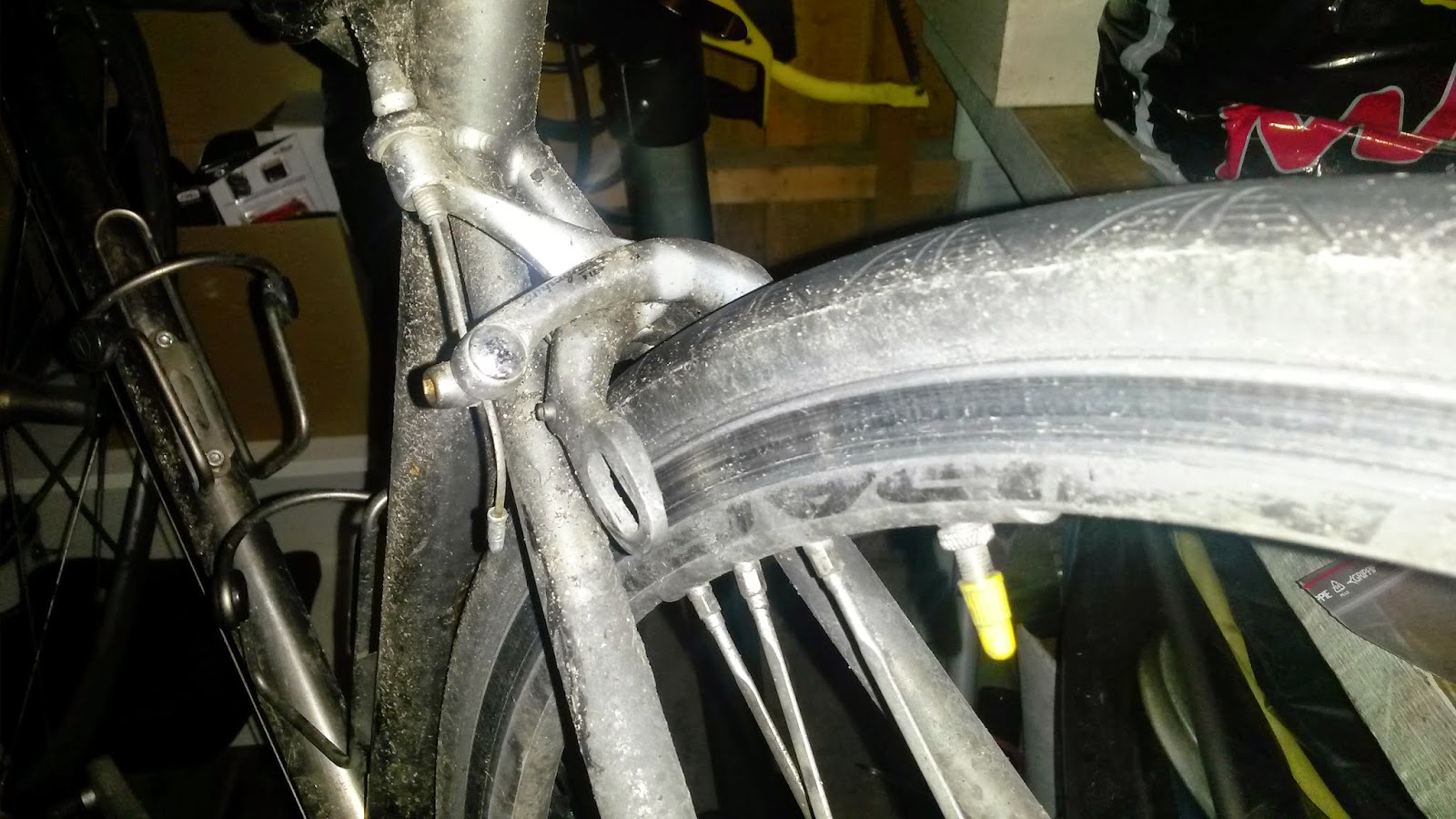 You ride faster if you don't brake!

Then Markus at Alviks Cykel started complaining about the condition of the Klein when I left it with him for service. Apparently he found the reason why the gears weren't working properly though. 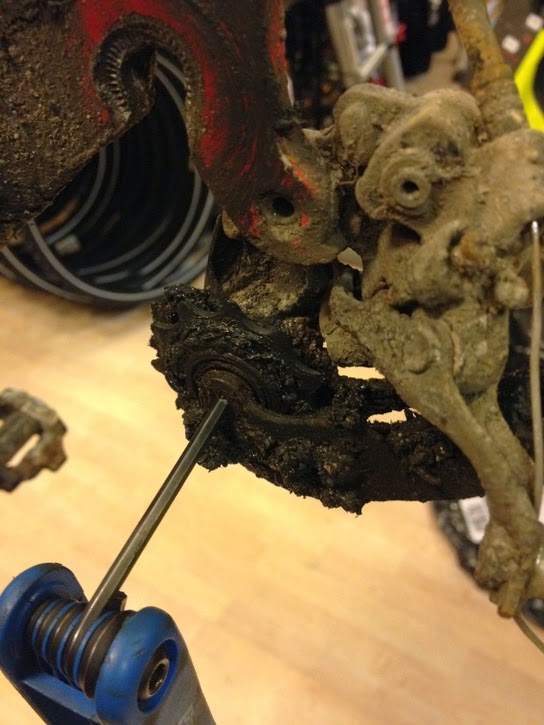 Come to think of it I'm surprised he found some gears :-) Apparently the bike is ready for some winter adventures now. Thanks Markus!

Just back from some 0 degrees intervals; perfect for blowing out the cobwebs at the start of a weekend!

Posted by kitzblitz at 02:43 No comments:

I haven't quite got my mind around sitting indoors on the Monark yet, but feel like I need some intervalwork so have resorted to my 4-7-3-4 minute intervals on a circuit around Länna/Lissma, with intervals defined by the roads and topography. It just seems too nice in the fresh air to be stuck inside!

I came back from a brilliant night's camping with my son yesterday and still squeezed in 4734 in the evening and this morning woke to rain pattering outside, so jumped on my bike and did the same again :-) A great coughing, spluttering start to a weekend! 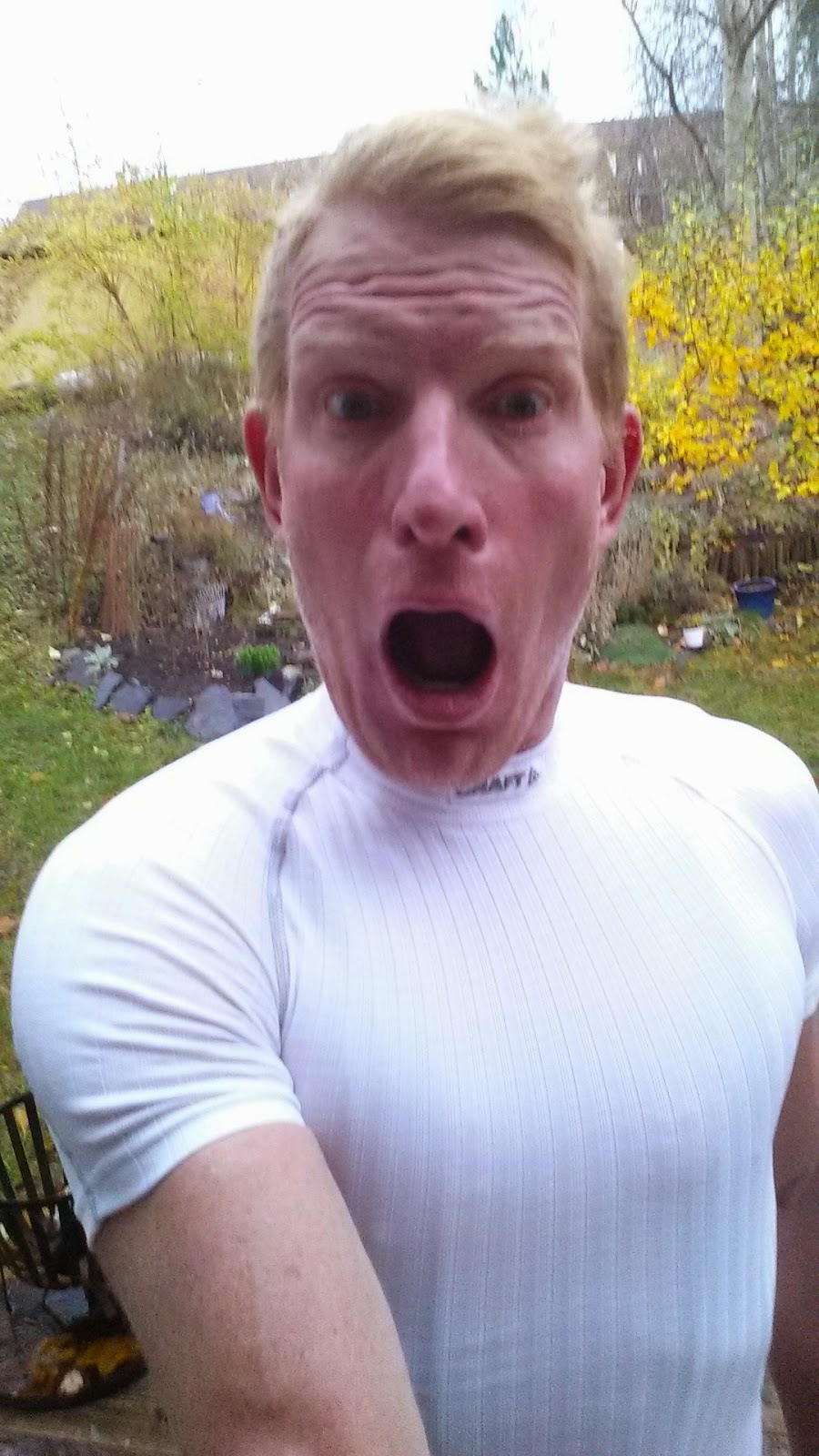 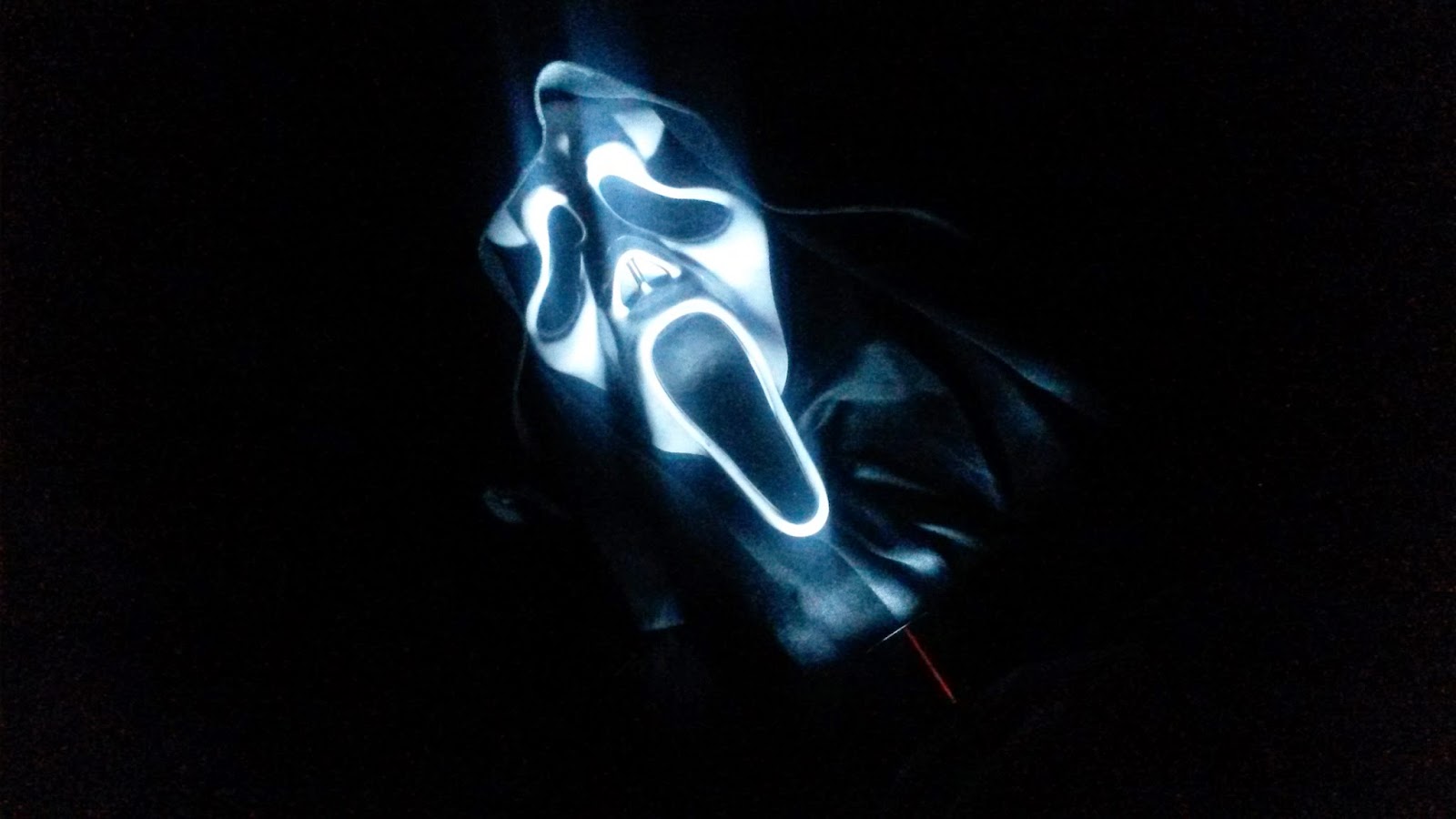 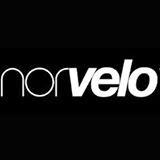 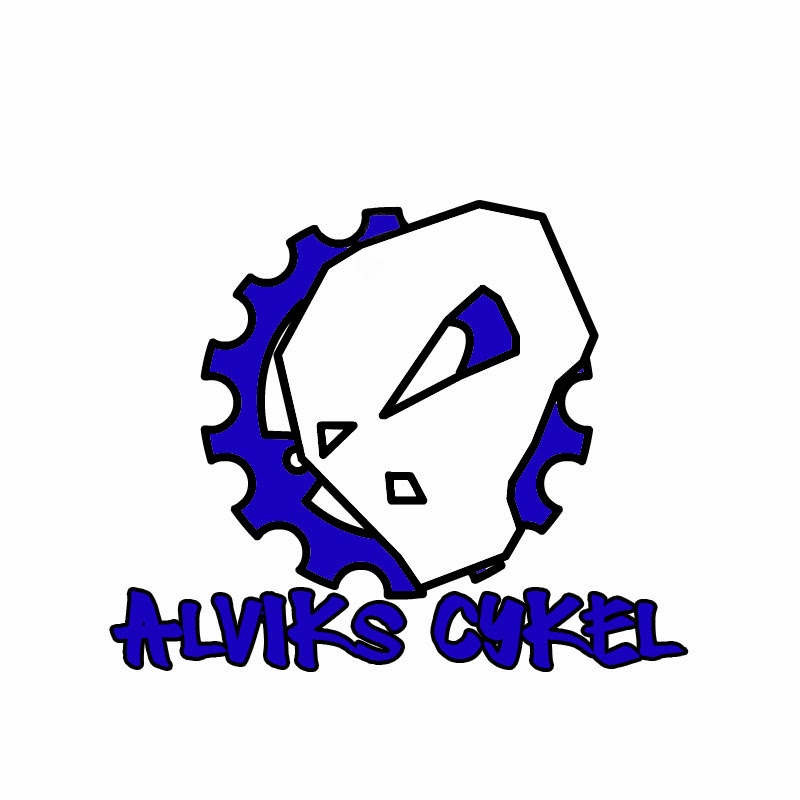 Friends', cyclists' and others' blogs

kitzblitz
Cool that you feel like reading about a middle aged man who's mind has difficulties maturing but whose body is more precisely following the correct age curves. I have always enjoyed sports and been half good at most of them but not really good at any of them. This blog is about me continuing that trend. I'll go out and ride long and hard and have a ball and maybe become half good at it. The main thing is that, like Goethe (or was it Blackadder?) said, "a day without laughing is a lost day".